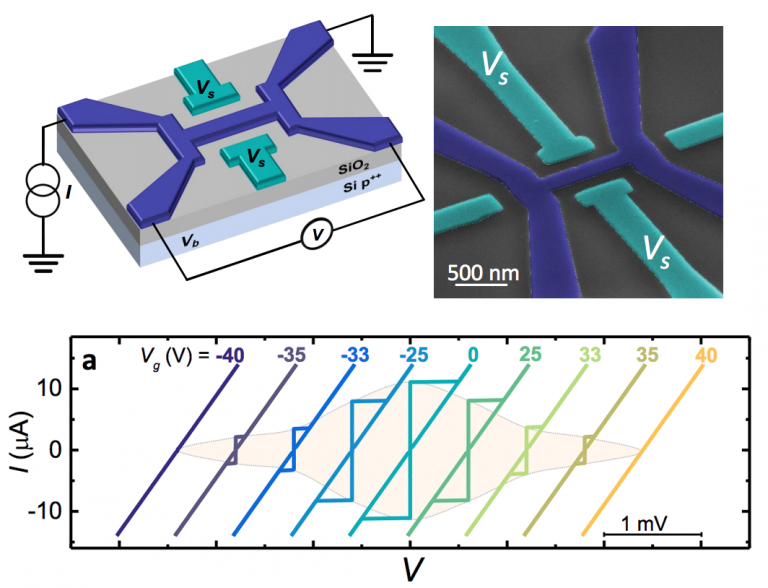 A static electric field can be used to manipulate the superconducting state of metallic superconducting thin films, according to new experiments by researchers in Italy. The effect, which was first put forward by the London brothers, Fritz and Heinz, in their original formulation of superconductivity back in 1935, might be exploited in novel-concept devices such as supercurrent and Josephson field-effect transistors, as well as classical and possibly even quantum bits.

says Francesco Giazotto of the Consiglio Nazionale delle Ricerche (CNR) and the Scuola Normale Superiore in Pisa, who led this research effort.
END_OF_DOCUMENT_TOKEN_TO_BE_REPLACED