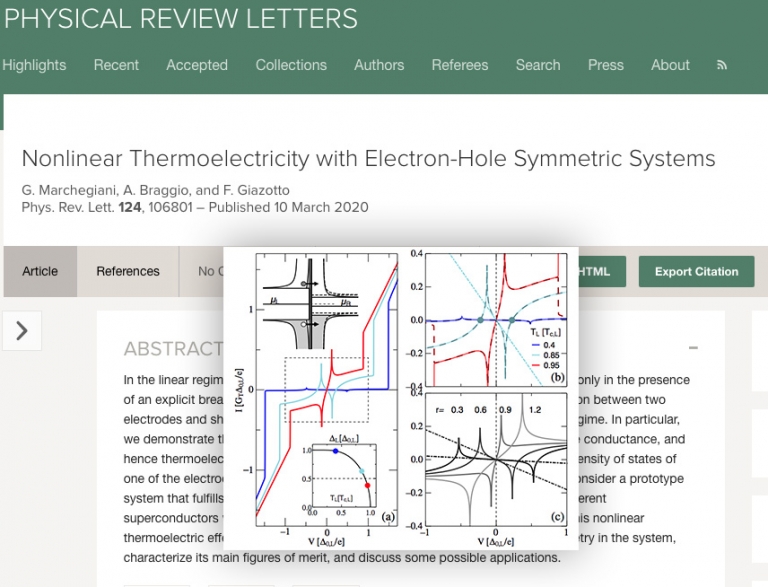 Recently thermoelectric systems have been extensively investigated since the growing interests in the field of quantum thermodynamics and in studying of thermal transport at the nanoscale.

In a two-terminal system, a necessary condition for thermoelectricity in the linear regime – i.e., for a small voltage V and a small temperature bias ∆T – is breaking the electron-hole symmetry which results in the transport property I(V, ∆T) ≠ −I(−V, ∆T), where I is the charge current flowing through the two-terminal system.

In a new research paper “Nonlinear thermoelectricity with electron-hole symmetric systems” published on “Physical Review Letters” by G. Marchegiani, A. Braggio e F. Giazotto, we demonstrate that this condition is no longer required outside the linear regime. Even a prototype system like a tunnel junction between two different superconductors, can exhibit nonlinear thermo-electric effect based on the spontaneous breaking of electron-hole symmetry in the system.

“The next step will be the experimental realization of this effect and further theoretical investigations of this new discovered mechanism”.